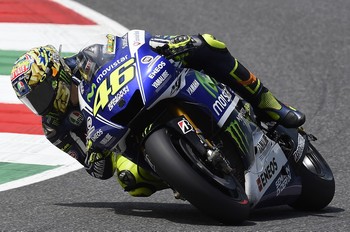 Although the first race held at the Autodromo Mugello International Racing Circuit dates back to 1914, its fame of began after World War I. Legendary race car drivers like Campari, Brilli Peri, Enzo Ferrari (who won the Alfa Romeo class 4.500 in 1921), Ascari, Borzacchini and perhaps, most importantly the local idol. Emilio Materassi, challenged each other on the 66 kilometer dirt road track which went from Scarperia uphill to Firenzuola, through the Futa Pass back downhill from San Piero to Scarperia. The increasing popularity of road races in the 1960's convincingly led sports managers like Pasquale Borracci and Amos Pampaloni, to re-propose the Mugello competition on the classical 66 km road track. The new events were quite successful even though lacking the most prestigious race of all, the Cavallino, which was held only once in 1967. Other events held throughout the 60's drew thousands to the Tuscan valley of Mugello to participate in races with cars driven by names like Enrico Pinto, Nanni Galli, Ignazio Giunti, Mauro Nesti and Arturo Merzario. The 'dragon' Sandro Munari, was particularly favoured by the Tuscan fans for his exhibitions on the difficult and challenging rounds of the Apennines with the Fulvia Barchetta, designed by Fiorio and Maglioli. The new track we see today was redesigned in 1974 and is famous for its fast curves and incredible slopes.

/
ozio_gallery_fuerte
Ozio Gallery made with ❤ by turismo.eu/fuerteventura
The total length of the track is 5245 m., divided almost equally between straights and curves. the curves take up 48.5% of the total length of the track: there are 15 turns, 9 to the right and 6 to the left. The width of the track varies between 9.6 and 14 metres. the longest straight is in front of the pits and is 1141 metres long. The circuit is situated at 292 metres above sea level and has a total variance in altitude of 41. The circuit runs through the forests and green areas of the Mugello valley in Tuscany where elevated areas along the track permit the spectators to fully take part in the race experiencing strong and exciting emotions. The racetrack today has proven to be a circuit where safety, technology and facilities combine to satisfy the requirements of car and motorcycle races guaranteeing the maximum safety for drivers and spectators alike, with rescue service readily available along the entire stretch of track. To date the Mugello racetrack has hosted the Formula 5000 Championship (which baptized the renovated circuit on June 23rd, 1974), the Formula 3000, the Formula 2, the Fia-Gt, and the only circuit in Italy to host the ITC, but perhaps it is most famous for the amazing 125, 250 and 500,19 metre motorcycle races. It is where the Ferrari (which owns it) and Formula 1 test drives regularly take place, it's the main site of the MotoGp and Superbike World Championship, as well as of important national and international automobile companies. It hosted Formula 5.000 (that inaugurated the Circuit on 23rd June 1974), Formula 3.000, Formula 2, Dtm, Fia-Gt and, as the only Italian plant, the ITC: as regards the two wheels it is the main seat of the Italian GP. Mugello Racing Circuit 2017 Racing Schedule:
FaLang translation system by Faboba